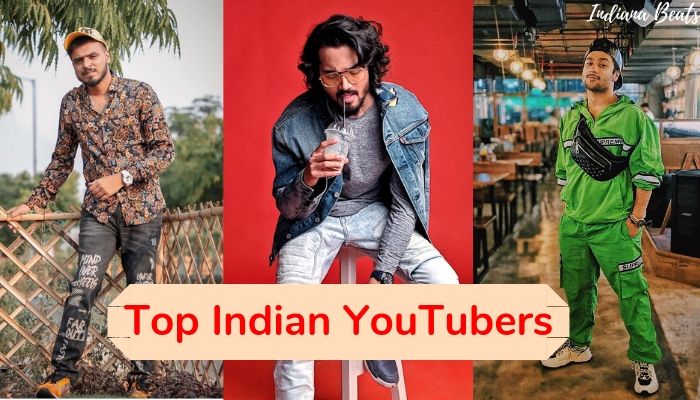 After being launched in 2005, Youtube has more than 1.8 billion registered monthly logged-in users and 5 billion YouTube videos are watched every single day. Youtube also launched ‘YouTube Shorts‘, allowing creators to publish short videos of less than 60 seconds. Its popularity is increasing rapidly and many creators are joining this platform.


Nowadays YouTubers are uploading videos in many categories but the most popular video types are Vlogs, Gaming, and Comedy videos people also like Unboxing and Educational videos. In an average month, 8 out of 10 18-49 year-olds watch videos on YouTube which means that it is making its presence in youth. The average YouTube user spends between 15 and 25 minutes a day watching videos on YouTube. It also provides live streaming where YouTubers can Go live and talk to their audience with the help of live chat.

Many people from worldwide are joining youtube. In India, YouTube has more than 467 million users. Many Indians choose youtube as their career, In India, Most subscribed YouTube channels are of Companies but many individual creators make their presence on this platform.

Many creators publish their creativity in form of videos on youtube. Here is the list of Top Indian YouTube creators who earned fame based on their creative skills.

CarryMinati, whose real name is Ajey Nagar has 36.6 million subscribers and is the Top YouTuber in India. His channel’s name is CarryMinati. Ajay joined youtube on 30 October 2014 and mainly posts roasting videos there. After the controversy of YouTube vs TikTok, CarryMinati’s subscribers were boosted and now he ranked top on the list of Indian Youtubers. He posted a total of 179 videos including some of his original music videos. His song Yalgaar went viral and gained 308 million views. CarryMinati has 36.6 million subscribers and 2.9 billion views.

Ajey also has a gaming channel where he recently completed 11 million subscribers. Also, Carry was on the list of the 200 most influential people in Asia in 2020.

Total Gaming, whose real name is Ajay is a popular Free Fire Player and YouTuber. His channel has 33.3 million subscribers and it is the most subscribed Gaming YouTube Channel in India. He is famous for playing Free Fire, but he also plays mobile games like PUBG, Call of Duty Mobile, and PC games like GTA V & Minecraft. Total Gaming is Popularly known as Ajju Bhai, he joined Youtube in October 2018 but started posting content in December 2018. Total Gaming has 33.3 million subscribers and 5.9 billion views.

Ashish Chanchalani has a self-titled YouTube channel named ‘Ashish chanchalani vines’. He was born on 7th November 1993. Ashish is a civil engineer by education but he drops college because of his interest in acting. He joined YouTube on 6th July 2009 and till now he has uploaded 145 videos. Ashish has 28.6 million subscribers and 4 billion views.

Ashish is famous due to his original content. He mainly uploads comedy videos related to daily life. Ashish was awarded as the Best comedy influencer of 2019 at the World Bloggers Award & Best social media influencer of 2021 at the ITA award.

Techno Gamerz, whose owner is Ujjwal Chaurasia is a very popular gamer and streamer. His youtube channel is based on mobile and PC games. Techno Gamerz is very popular for playing Minecraft and GTA V. He is one of the biggest streamer and content creators from the Indian Gaming Community. Techno Gamerz has 28.4 million subscribers and 7.2 billion views.

Techno Gamerz has a second channel named Ujjwal Gamer with 8.2 million subscribers where he streams mobile games like PUBG, Free Fire, and CODM.

Dilraj Singh aka Mr. Indian Hacker is a famous Indian YouTuber who runs an experimental youtube channel. Dilraj tries to do something new in every video and that is the reason people like his YouTube videos so much. He along with his entire team creates different experiment videos and entertains his audience by enhancing their knowledge. Presently, Mr. Indian Hacker has 27 million subscribers and 4.6 billion views and he is the first YouTuber in India in the Hacker Experiment category to have more than 20 million subscribers on his YouTube channel.

With over 25.5 million subscribers Bhuvan Bam is one of the most famous Indian Youtubers. He was born on 22nd January 1994 in Delhi, India. Bhuvan joined YouTube On 20th June 2015. He started showing his skills on Facebook and he was very popular there which inspired him to start his own YouTube Channel. Now he has 25.5 million subscribers and 4.3 billion views.

Bhuvan’s Channel name is BB ki Vines. He mainly posts comedy and Singing videos there but last year he posted a short film on Soldiers’ life, which was hit on youtube. His original song “Heer Ranjha” got 15 million views. Recently, he uploaded his own web series ‘Dhindora‘ on his channel which is doing excellent. In 2016, Bhuvan Bam won WebTVAsia Awards for ‘Most Popular Channel on YouTube.’ Bhuvan Bam is also awarded as the Global Entertainer of the Year 2019 at the WORLD BLOGGERS AWARD.

Subscribed by 24.1 million users Amit Bhadana ranks seventh in the Top Indian Youtubers. He was born on 07th September 1994 in Faridabad, India. Amit joined youtube on 24 October 2012 but initially, he didn’t have such amount of subscribers. He got a boost in subscribers after he uploaded his reply video of Adele’s song on his Facebook profile. That video was revolutionary for his life and now he has 24.1 million subscribers worldwide and a total of 2.2 billion views.

Amit Bhadana has a self-titled YouTube Channel. He Mainly posts his videos in the Entertainment category. Most of his videos are based on relationships, daily life, and friendship. Recently he post a movie name Paggal which is doing great on youtube. He became famous due to his Desi Style and rhyming comedy. Due to his desi style, he got a fan base of 30 million followers on YouTube, Facebook, Instagram, and Twitter.

Sandeep Maheshwari is a Motivational Speaker and owner of Images Bazaar. He was born on 28 September 1980. Sandeep quit college because of his interest in Photography but now he is helping many people by motivating them through free life-changing seminars and Youtube channels. He joined youtube on 13 February 2012. Sandeep Maheshwari YouTube channel has 500+ videos, 24.1 million subscribers, and 1.8 billion views.

Professionally known as Technical Guruji, Gaurav Chaudhary is Top Indian Tech Youtuber. He was born on 7th May 1991. He is Engineer by education and a youtuber and blogger by profession. Gaurav joined YouTube on 18 October 2015. Gaurav’s channel ‘Technical Guruji‘ has now 22.3 million subscribers and 3 billion views.

Gaurav mainly posts Tech related videos on YouTube. He has a famous daily talk show named “Tech Talks” and has completed more than 1800 episodes. Gaurav was awarded the Best Technical Influencer of 2019 at the World Bloggers Award.

You might be surprised by seeing this name here but there is no need to be surprised because Rajesh Kumar is the owner of the youtube channel FactTechz. This channel mainly posts scientific and facts-based videos. His videos are full of knowledge and new up-to-date content full of curiosity. After the face reveal video of Rajesh Kumar on his channel the channel’s growth increased. Now, Facttechz has 17.5 million subscribers and 2.1 billion views. This channel joined YouTube on 24th July 2016 but started posting videos in September 2016.

Sourav Joshi is an artist who gained fame for his wonderful sketch and art pieces. He owns two youtube channels Sourav Joshi Arts and Sourav Joshi Vlog. After getting fame in art and sketch making he started his vlog channel during the covid 19 lockdown in 2020. On his vlog channel, he has 16.7 million subscribers and 6 billion views, and hence he is the most popular vlogger in India. Sourabh shares his daily life activity with his family and friends in his vlog. His cousin Piyush Joshi and his dog Oreo are the very interesting part of his life around which he shoots most of his vlogs.

Sourav has 3.5 million followers on Instagram. Recently he appeared in the new song of Voilà! Digi “Mauja” with Anicka and gets a good response from the audience. On his art channel, he has 3.64 million subscribers.

Triggered Insaan aka Nischay Malhan is a New Delhi-based Indian YouTuber and gamer known for his commentaries, roasts, rants, and reaction videos on his YouTube channel. His channel content revolves around roasting Bollywood and Indian media, as well as social media influencers. His reaction to 5 Minute craft videos is also popular among his subscribers. Nischay also has a gaming channel called Live Insaan where he does live streams of popular games like GTA, Minecraft, and PUBG. He is credited for popularizing the famous dialogue “Oh Bhai… Maaro Mujhe Maaro! He has a huge following on Social Media. Nischay Malhan (Triggered Insaan) has over 4.6M followers on his Instagram account and over 16.7 million subscribers and 2.6 billion views on his Youtube Channel.

Harsh Beniwal is an Indian Youtuber in the comedy category. He posts comedy and short film videos. Harsh joined youtube on 6th May 2015. He has a total of 15 million subscribers and 1.6 billion views. Harsh Beniwal won the prize of Top Indian comedian in 2018.

His fans called him “Harsh Beniwal is Bawaal”. In 2019 he appeared in the movie Student of The Year 2 with Tiger Shroff and Ananya Pandey. His video ‘A Day With Cringe TikToker‘ got very popular during Youtube vs TikTok battle.

Nisha Madhulika has a self-titled youtube channel. She posts food recipe videos. The Food videos of Nisha are very popular among Indians. Her recipe tricks are very easy and people love to watch them. Nisha joined YouTube on 2nd August 2009. She has 12.9 million subscribers and 2.6 billion views.

From the list of Top Indian YouTubers, 6 channels are in the Entertainment category, 2 in Gaming, Motivation, and Knowledge respectively, 1 in Technology, Vlogging, and cooking respectively. This proves that Indians are very interested in entertainment, gaming, and food. These are the Top Indian Youtubers of 2022. These youtube creators are making their mark with their talent. I hope you guys like the information. Please leave a comment on who is your favorite YouTube creator and let me know in the comments if I missed someone.

Must subscribe to our newsletter for all updates over Top Indian YouTubers. You can also follow us on social media:

24 thoughts on “Top Indian YouTubers and their Channel”