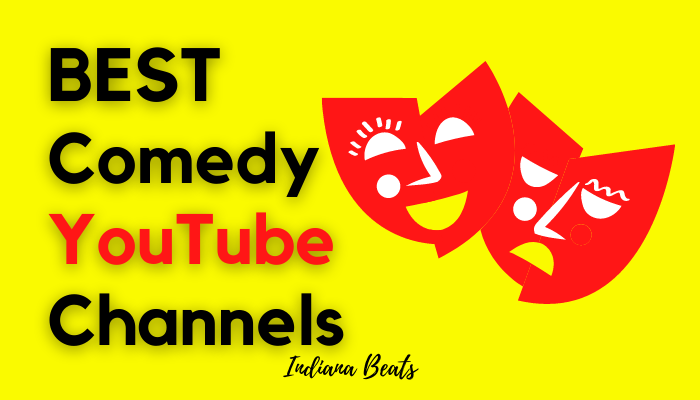 In the previous article, we briefed you about the Top Indian YouTubers and their channel. You may be aware that YouTube is Google’s fastest-growing service. Every day, the popularity of this video-sharing website soars to new heights. Many people are joining this site as its popularity grows. YouTube has given equal opportunity to everyone so they can grow on this platform and can entertain or teach others. In this article, you will learn about the top 10 Comedy YouTube Channels in India that are entertaining us with their comedic skills on YouTube.

In India, YouTube has more than 225 million users. Many Indians choose youtube as their full-time career. In India, Most subscribed YouTube channels are of Companies but many individual creators make their presence on this platform.

YouTube is the biggest social media platform in the world where people watch videos for entertainment, knowledge, and for different purposes. Entertainment and Comey are the biggest categories on YouTube and people also love to watch videos of these categories. So let’s have a look at the top 10 Indian Comedy YouTube Channels that are entertaining us with their satire skills.

People enjoy watching funny videos on YouTube to relieve tension in their daily lives. Here is the list of the top 10 comedy youtube channels that make us rolling on the floor with laughter.

CHOTU KE GOLGAPPE is the most popular video of Khandeshi Movies, it has 1.5 billion views.

Round2hell is a comedy YouTube channel maintained and run by Wasim Ahmad, Nazim Ahmad, and Zayn Saifi. They randomly choose the name of Round2hell and started their channel in 2016. After uploading 15 videos, they released a video about JIO telecom service which was speculated to be shut down, and it went viral. Now, Round2hell has 24.8 million subscribers and 2.6 billion views.

Aladdin is the most popular video of Round2hell, it has 101 million views.

MJO has uploaded 40 videos on his channel and has 11.2 million subscribers and 1.7 billion views. With 128 million views AMRENDRA BARBER is the most popular video of Make Joke of.

The Viral Fever is the one-stop shop for desi humor. TVF is India’s leading online entertainment company. This channel is popular for its up-to-date comedy, Spoof, and Web Series. This is the team behind acclaimed and widely loved web series like Aspirants, Kota Factory, Panchayat, Gullak, Flames, and many more. TVF has created young India’s favorite digital entertainment, catering to their changing tastes and trends.

The Viral Fever has uploaded 386 videos on their channel and has 10.8 million subscribers and 1.4 billion views.

BakLol Video is a deshi humor comedy YouTube channel owned by Pankaj Sharma and Sanjhalika Shokeen. They started this channel in 2016 and now it has 10.6 million subscribers. This channel is full of deshi comedy sketch videos.

BakLol Video has uploaded 237 videos on their channel and has 10.6 million subscribers and 3 billion views.

Filter Copy is the one-stop shop for comedy and humor They make awesome comedy videos that you can relate to. Their channel is full of snackable, shareable, easy to consume short-form content that is driven by emotion and a sense of identity and community.

The Timeliners upload funny videos that are socially relevant. They present social lifestyles in funny ways to their audience. Their video on Date Spoilerz in which they have collaborated with Ashish Chanchalani is the most popular video.

The Timeliners has 297 videos with 6.77 million subscribers and 834 million views.

2 Foreigners in Bollywood is a comedy YouTube channel maintained and run by Vidhan Pratap, Hampus, and Johan. They started this channel in 2016 with the concept of how foreigners deal with Indian things when they visit India. Now, this channel has 5.61 million subscribers and 592 million views.

With 64 million views, Khalnayak Auto Driver is the most popular video of 2 Foreigners in Bollywood.

Vatsl Seth and Shaeina Seth are the owner of the YouTube channel So Effin Cray. So Effin Cray used to make short interviews with members of the public on popular topics. Now they are uploading comical and humourical videos which is created by Vatsl and produced by Shaeina. For making their videos, they employ a dedicated staff of actors, directors, and DoPs. They started by making videos for Facebook and then shifted into Instagram and YouTube.

So Effin Cray channel has 89 videos with 5.27 million subscribers and 665 million views.