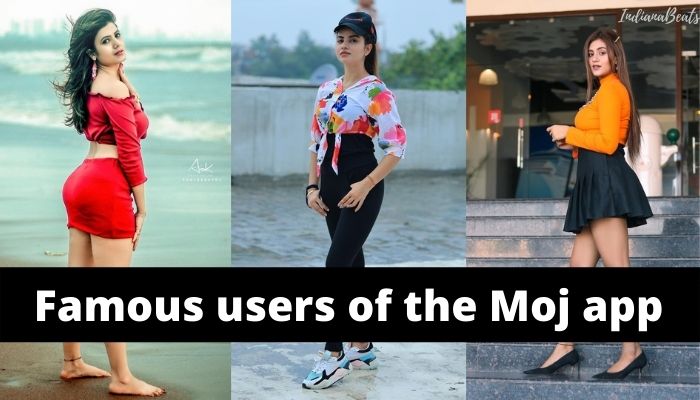 Moj is the 4th most popular short video-sharing social media service, owned by Mohalla Tech Pvt Ltd.  It offers features like short videos, special effects, emoticons stickers, and genres like dance, travel, singing, acting, comedy, and education, that have a duration from 15 seconds to one minute. People are using these features to become Moj Stars. Moj allows users to download videos and supports 15 languages. This app was released almost immediately after the Indian Government banned TikTok and more than 100 million users downloaded it in a short period of time.

Moj gained immediate popularity after the Indian government banned 59 Chinese apps including the popular short video app TikTok in June 2020. This app was launched on 29 June 2020. Moj app crossed more than 50 thousand downloads on the Google Play Store in 2 days. As of December 2021, Moj crossed 100 million downloads on the play store and rated 4.2 stars.

The Moj app is a very good platform for new video creators who has good content. So without wasting time let’s have a look at the Top 10 Moj Stars in India and who is the most followed person on the Moj App.

Moj has registered the highest active users among all the short video apps, it has over 120 million monthly active users, and here are the top 10 Moj Stars with the highest number of followers.

With 13 million followers and 188 million hearts, Arishfa Khan is the most popular star of the Moj app. She is a television actress and a social media star. She began her professional career as a child actress in 2012 with the television serial Ek Veer Ki Ardaas…Veera.

Arishfa also has a YouTube channel with 2.54 million subscribers where she gives fashion and beauty tips. She is famous for her Shayari videos, dancing, and lips sync videos. She also works in music videos with popular brands. Her song Yaara with Manjul Khattar went viral and now it has 354 million views on Youtube.

Followed by 9.8 million users Mamuda Khatun aka Beauty Khan is second on the list of top Moj stars. Beauty Khan is from Kolkata, West Bengal. She is 23 years old and famous for her dancing videos on social media.

Beauty Khan has 9.8 million followers and 136 million likes. She is also a part of a group named Team A1 Kolkata. The group members include Jiya Khan, Sneha, and Arbaz Mallick. Her Instagram account has 9.6 million followers.

Piyanka Mongia is a social media star and influencer known for her style, lip-sync, and dancing videos on Moj. The star became popular by posting videos of her lip-syncing to Bollywood songs. Piyanka has 9.6 million followers on the Moj app and 58 million hearts. Piyanka wanted to start modeling. Her Instagram feed has a number of modeling photos in different outfits that showcase her style. She has 8.7 million followers on Instagram.

Sunny Kalra is famous for creating drama, motivational, funny, and social messaging videos on Moj. He creates most of his videos with his team members and other superstars like Awez darbar and Mr. Faisu. Sunny Kalra has 7.7 million followers and 69 million likes on Moj.

Anjali Arora is a popular social media creator and model from New Delhi, India. She is known for her lip-syncs and comedy videos on Moj. Her acting skills are insane which makes her the top star of moj. Anjali is also famous for her beautiful look, cute smile, and amazing figure. She has 7.4million followers and 97 million likes on Moj.

Khwahish Gal is a popular singer, actress, and model from Mumbai, India. She started her career as a singer and is famous for the “Dil Sambhal Ja Zara” cover song which has crossed 47 million+ views. She is very famous for her hot and bold videos and gained 6 million followers and 67 million likes on Moj app.

Riyaj Aly was the most popular TikTok star of India. He was the fastest user of TikTok to reach 10 million and 25 million followers. He has 5.6 million followers on the Moj app and is popular for his lip-syncs, dancing, and humor videos.

Surprisingly he lives in Bhutan but he is Indian by nationality and now shifted to Mumbai. The Hair Style of Riyaz is very popular among his followers. He is now making videos with popular TikTok stars like Faisu and Aashika. Riyaz has 27.3 million followers on Instagram. His moj account has 5.6 million followers and 57 million hearts.

Vassundhara Pandita is a popular singer, producer, artist, and social media influencer. She has appeared in some video songs like “Ucha Lamba Kadd” and “Matak Matak”. Vassundhara is well known on Moj for performing Lips-syncs and dancing. She has 4.9 million followers and 25 million likes on Moj.

Ashnoor Kaur is an Indian actress and social media influencer. She is best known for her acting in several television serials including Jhansi Ki Rani, Yeh Rishta Kya Kehlata Hai, and Patiala Babes. Ashnoor Kaur has 4.1 million followers and 24 million likes on Moj. In 2018, she made her Bollywood debut with supporting roles in Sanju and Manmarziyaan.

Jannat Zubair Rahmani is one of the most popular Moj creators in India. She is an Indian film and television actress. She started her career in 2009 but gained recognition through Colors TV’s Phulwa in 2011. Jannat is 19 years old and belongs to Mumbai, India. She has 4 million followers and 56 million likes on her videos.

Jannat Zubair has 38.3 million followers on Instagram. She played the role of Natasha in the movie ‘Hichki’. Jannat was also rewarded as Best Youngest Actress in Mumbai Achiever Awards. Her dancing videos are very famous on the Moj app.

I hope I have covered all the top most famous Moj creators. If I missed someone then please mention their name in the comment section below. We will update our article again so please subscribe to notifications for the latest updates about popular creators on the Moj app. Make comment on who is your favorite Moj Star and why he/she is your favorite. Thank You.