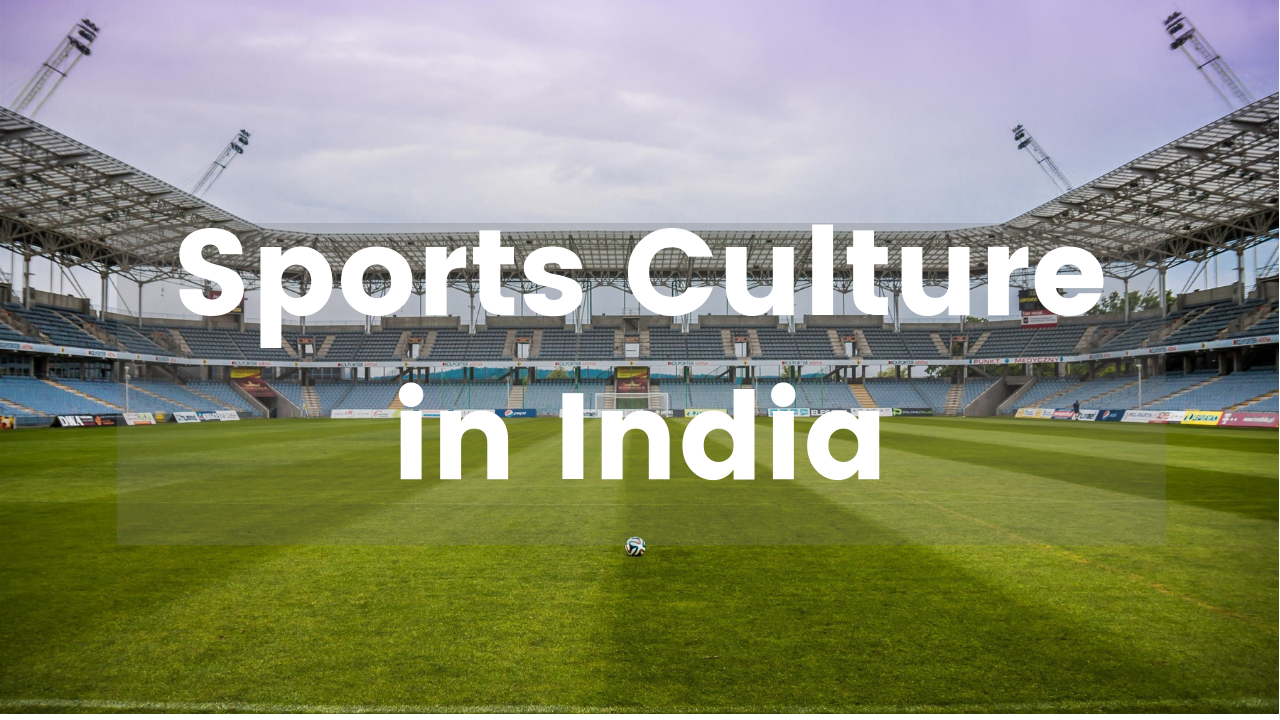 Sports have always been an integral part of society for ages. Their contribution to overall personality development is immense. There are 8000+ sports in the world but very few got popularity in India over time. Some of these sports originated in India while others came because of other countries influence. One of the most popular games in India is Cricket, which is not only a sport but literally religion for the people in India. The relationship between sports and culture in India is very puzzling. They don’t often play National Games with that spirit comparatively which they play cricket.

Sports Culture in India: Why Cricket is so Popular in India?

The origin of cricket is in England. As you know they ruled over India for almost a few centuries by this time cricket got popular in England. They transferred the interest to Indians that’s why this sport is related to Indian culture more than any other sport. Here are the top 3 reasons why cricket is so prevalent in India.

In this way, cricket became the most popular sport in India and changed the sporting culture of India. Sports culture in India is largely dominated by cricket. But now it is so famous that every other sport is getting covered under its shadow. In other words, it poses a threat to other games. Though now there is some care about that, and the governing bodies of each sport take some steps to rising it. Here are some sports and cultural things whose rising steps might have a bright future in India here are a few of them.

Kabbadi is originated in India and currently played by 12 nations. The International Kabbadi Federation organized three World Cups and India won all of them but still, this game couldn’t get the kind of headline that it deserves.

For promoting this sport in India, the Indian Kabbadi federation started Pro Kabbadi League in 2012 which was not that successful in its first two seasons. But from the third season, this sport started getting some audience and in its fifth season, 1.6 billion people watched it. The final of Pro Kabbadi League 5 became the first most-watched non-cricketing game in India. This game is also getting popular among people in India.

Other seasons of Pro Kabaddi were also very successful and made their mark among the audience but still, this sport is not getting the deserving headline.

Hockey is the national game of India but it never got treatment like one. Whenever there is talk of sports culture in India this game must come first. Before cricket, this game was the most popular game in India, but after rising of cricket it went under its shadow. In the 2014 Asian games, the team won the gold medal. In 2016 and 2018, the Indian team managed to go to the finals of the Champions Trophy and the team also won the Asia Cup in 2017 but even then this sport didn’t get the attention it deserved.

At the Tokyo Olympics 2020, Team India made it to the bronze medal match, Indian men’s hockey team won an Olympic medal after a gap of 41 years. Indian men’s hockey team displayed a great game of counter-attacking and defeated Germany (5-4) in the bronze medal play-offs. Now people are very hopeful that this form of the team will continue and they will perform better next time.

Badminton is also getting popular among the people of India. After some players like Saina Nehwal, P V Sindhu, Parupalli Kashyap, and Srikant Kidambi started winning titles on the International level, the number of people being on it soar. Starting in 2013, the Premier Badminton league also helped badminton to get its step into the heart of Indians. This sport claims the second position among all sports available in India

Wrestling also gained popularity after starting of the Pro Wrestling League in 2015. Before that, some wrestlers like Sushil Kumar and Yogeshwar Dutt held the Indian flag high of India at the International level. After Sakshi Malik won the bronze for India in Rio Olympics it is also getting popular among women. Also after the movie, Dangal wrestling is getting popular in India. And Now the phenomenal wrestlers of India Bajrang Punia and Deepak Dahiya are making us proud by performing well at Commonwealth Games, the Asian Wrestling Championship, and the Olympics.

There are many sports like Football Table Tennis etc. which are growing fastly in India with the help of their leagues. Indian Super league of football and newly started Ultimate Table Tennis of football and Pro Volleyball is making their mark among Indian Sports Lovers.

Also at the Tokyo Olympics, Neeraj Chopra won the gold medal in the javelin throw and became only the second individual Indian athlete after Abhinav Bindra to be crowned Olympic gold. The gold medal is also India’s first Olympic medal in track-and-field events and after this people are hopeful that the track-and-field games will be more popular among people.

Finally, we can say we seriously need to support other sports cultures in India, changes should be brought which can be the future of India. We will also have to change sports and cultural bonding in India.

I hope You guys like this article on Sports Culture in India. We really need to Support other sports and help them to grow because we are capable to dominate every sport with the help of 1.30 billion people. If you like this article and want to support and grow all other sports in India then must share this with everyone who can contribute to change and share your views about the improvements in the comments.