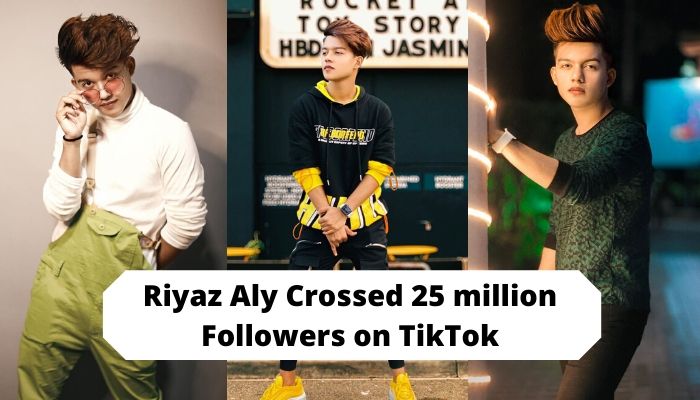 TikTok Star Riyaz Aly has achieved popularity through sheer hard work. He is popular for his lip-syncs, dancing, and humor videos. Riyaz is now a verified crowned muser of the app. From a comedian to the most popular Tik Tok stars his journey is awesome.

Surprisingly he lives in Bhutan but he is Indian by nationality. The Hair Style of Riyaz is very popular among his followers. He is now making videos with popular TikTok stars like Faisu and Aashika.

Riyaz was the fastest creator to cross the 10 Million Followers on the TikTok app.

He appeared in the friendship day special song “Yaari Hai” of Deshi Music Factory which went viral and now it has 103 million views. Tonny Kakkar was the singer of the song and Riyaz and Siddarth Nigam was the main character.

Riyaz also worked with Avneet Kaur in the song “Pahadan” which also has a decent amount of popularity among users.


The life story of Riyaz is very interesting, he born on 14 September 2003 in Jaigaon (Town near India-Bhutan Border). He completed his schooling from Shri Hanuman Mandir Dharamshala (SHMD) School in Jaigaon, Bhutan. He got fame after he started posting comic, lip-sync and musical videos on famous app TikTok. He has even earned the valuable title of Crowned Tik-Tok muser. He has millions of followers on his Instagram account from all over the world who loves his chocolate boy looks, amazing videos and amusing talents.

At the age of 16 Years, Riyaz got he fame which many people dream of. He was interested in acting from his childhood days and now he has crossed the 25 million mark on the TikTok app.

Truly you deserve all the success you are getting, Riyaz!!