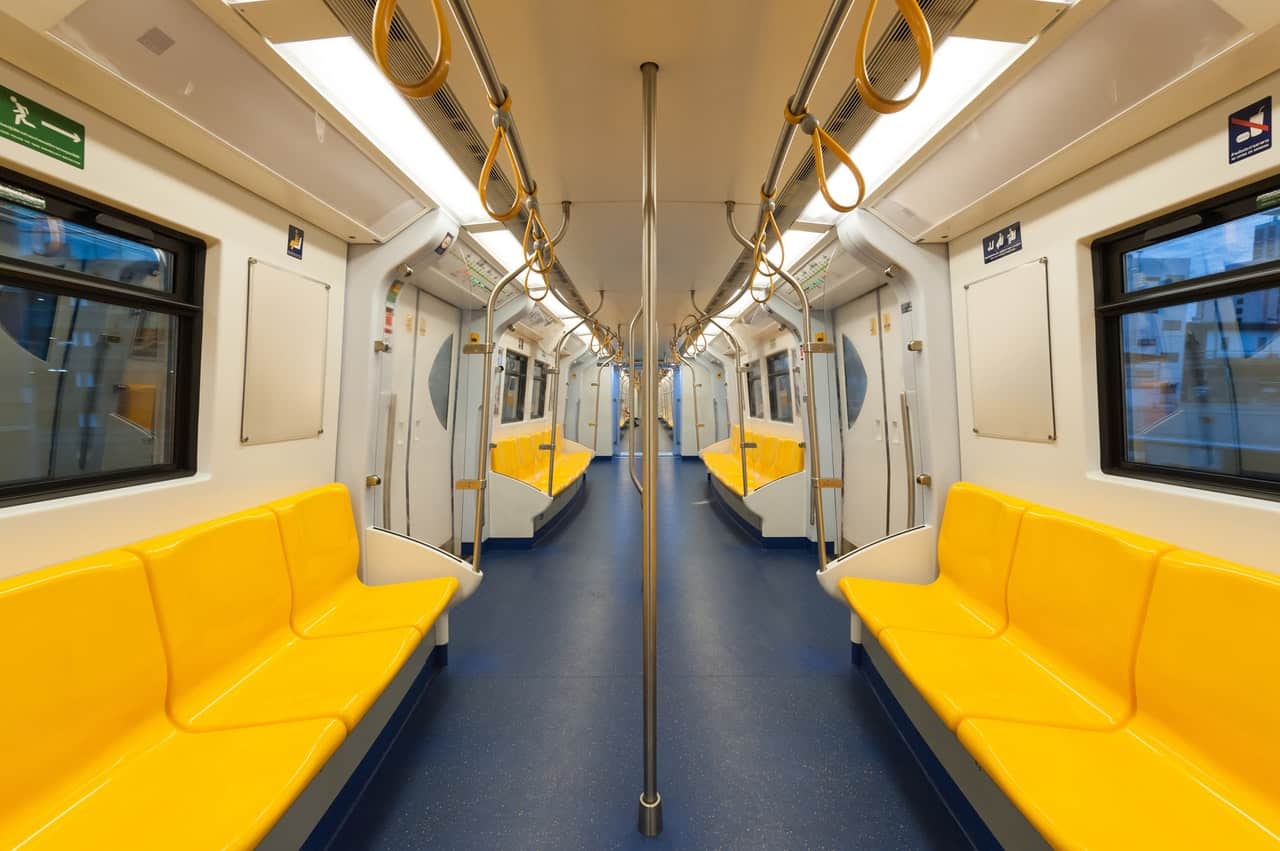 Since its commencement in 2002, Delhi Metro has come a long way, not just in terms of reach, but also in terms of its station’s look and feel and the role they play in the lives of the commuters. Metro’s brush with art started in 2014 as it has collaborated with the Indian Habitat Centre for regular exhibition at Mandi house and Jor Bagh station with dedicated exhibition space under the “Art in the metro” initiative.

According to Binod Maitra, a writer,” The Delhi history can be divided into two periods: Pre-Metro and Post Metro. “Delhi was a highly staid and stratified city; it did not have the chemistry of a metropolis. But Metro changed that.”

Since 2002, Delhi Metro has come a long way – not just in terms of reach but also the station looks and feel- and the role they play in the lives of Delhite. Many of the stations in the newly opened Pink line and Magenta lines such as Netaji Subhash Place and Kalkaji Mandir displays a boast of sleek, sophisticated interiors, designer panels, interestingly playing with led lights.

If Netaji Subhash place station looks like a modern airport terminal, the  New Azadpur Station, with its high ceiling and massive fans, excludes an old-world charm. And today, people go to the city’s slick subterranean spaces, which also boost high-end food and retail outlets, not just for their daily commute, but also to eat, drink, work,  shop, and socialize.

According to DMRC, inside the newly upcoming metro station in the pink line and Magenta line, hundreds of artwork of over 48 artists’ galleries will be depicted on the wall of the station. Many Delhi metro station concourses are likely to be vast art galleries.

Art in transit of Delhi Metro

Metro has collaborated with India Habitat Centre for regular exhibitions at Mandi House and Jor Bagh stations which have dedicated exhibition space under the ‘Art in the Metro’ initiative. The ongoing exhibition at Mandi House, titled, ‘The City of Waste’ has on display 42 photographs by six French researchers, exploring the role of waste workers in society.

Art in Metro at Mandi House, which has an average daily footfall of about 1.9 lakh, seems to be a hit with commuters– one can see people stopping and looking intently at exhibits throughout the day.

For many Delhiites, delightful, air-conditioned stations are also whole new unique public spaces that give them a break from the malls. Thousands of them come to metro stations such as Connaught Place to catch up with friends and family—an interesting example of how socializing can become part of the traveling experience.

In fact, meeting cupid on Delhi Metro is no longer a distant possibility. According to the findings of the ‘Train Of Love survey’ conducted a few years back by MetroMates, a dating website, a lot of Delhiites are looking to forge not just friendships, but also find love in the Metro. Asked if you have ever made friends or had a date with your fellow travelers, 23% of the respondents said ‘yes’. And to a question if Delhi Metro is good for finding new friends, date or love, 51% of respondents said that the Metro is ‘good’ for finding new friends; 26% said that it is good for finding a date and 23% felt the Metro is good enough for finding love too.

“Next station is Rajiv Chowk, Door will Open on the Left”

It has become a famous saying in the urban youth of Delhite. “Underground metro stations have a charm and energy of their own. I often meet my friends who live in North Delhi at the Rajiv Chowk station over coffee.”

Muse for writers in Delhi Metro

No wonder then Metro has become a muse for many writers, who are penning many transit love stories. “I was always fascinated by the possibilities Metro provides to young men and women to know each other and fall in love,” says Pratyush Sinha, author of Love in Metro: the story of love & ego. “I wanted to explore what happens when young men and women travel every day in the same space, at the same time in such close proximity, without attracting too much attention,” says Sinha, who is writing another love story set in the Delhi Metro.

Even, I had also written some of my blogs while traveling in the metro from Rajiv Chowk to South Delhi.

Every writer has his own favorite stations — Marta refers to Kashmere Gate as ‘Alpha and Omega of Metro life.’ “It’s so majestic; its four perpendicular lines running at different levels are like vessels carrying blood,” he says. One of the reasons he likes Kashmere Gate is because it boasts of bookshops set up by the Sahitya Akademi and the National Book Trust.

Opened in 2016, Sahitya Akademi Metro Bookshop at Kashmere Gate has black and white pictures of Indian literary greats such as Toru Dutt, Devaki Nandan Khatri, and Nagarjuna. The teakwood shelves are stacked with hundreds of titles in over two dozen Indian languages, and the tastefully done interiors are illuminated by soft, low-hanging lights. The bookshop also has a club for Metro commuters.

Not just restaurants, food kiosks, and bookshops, stations such as Nehru Place and Dhaula Kuan have food malls and food courts. Nehru Place is home to Epicuria, Delhi’s first ‘food mall’ with high-end bars, fine-dining restaurants that attract people from all over Delhi.

I always get down here for lunch. I get down from the train and go straight down to the basement, which has the interiors of a five-star hotel. It is the house of all the food chains both domestic as well as international.

Dhaula Kuan became the latest food destination on Metro’s map with the opening of a food court called Palate of Delhi, which boasts of many popular Indian and international fast food and quick-serving chains. It is also an American highway-style drive-in and drive-out pizza outlet.

DMRC in collaboration with myHQ introduces Co-working Space on the yellow line of the Delhi metro. The myHQ Coworking coach will be running as the last coach on the Delhi Metro Yellow line. The 50 seater co-working coach comes with a free reliable wifi connection, ample plug points, complimentary beverages as well as quick, accessible stationery and printing facilities. There are comfortable laptop-friendly desks created on every coach to allow a seamless work experience.

This is my travel experience in the Delhi metro. If you are also from Delhi then share your experience while traveling in the new underground metro of Delhi in the comments.